F3 Moon on the water 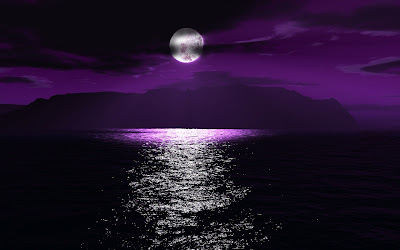 The brilliant orb of the moon hung low in the sky. A full moon, but not just any moon, a moon that could only be seen on the open water. The water did that. The moon, the sun, the stars, all seemed a little brighter on the black sea.