Jack Dailey had actually been the one to teach me that Storm Riders had to have a degree of discretion. It was best if people didn’t know that there were those who could control the weather in the world, kind of like the Men in Black—the ones from the movie, anyway.
But now we had to break into a museum, steal some old clothes, and get away before the cops arrived. Jack had complicated that with this thunder punch stunt. Now he and I used arcs of lightning between our hands to act as plasma cutters, which actually wasn’t as easy as it sounded. I had to keep laser focused on keeping the ionized channel strictly between my hands instead of allowing the lightning to ground out on the steel security gate.
“Jack,” I gritted my teeth, “you are so going to owe me for this.”
Read more »
Labels: F3, Storm Riders

Despite Jeremy Clarkson’s insistence of “Power!” those of us making websites can’t count on users having the latest and greatest hardware. Mobile browsing is also up over data connections that don’t measure up to the speeds of Google Fiber. So, we have to be the ones to check the speed limit on our websites.
Read more »
Labels: W3

The Sacred Text Archive is my favorite source for myths online. They’ve been very thorough to dig up and store myths from nearly every culture that’s ever been on the planet. The site can be a little daunting at first, but they’ve got an extensive list to browse through, and their in-site search is pretty thorough. With a little practice, it should be no problem to find any kind of myth you need.
My only caveat is that it does include a fair bit of articles and commentary. Again, with a  little time it shouldn’t be hard to sort those from the actual stories. They even offer the entire archive on DVD-Rom and flash drive (for a price). Although, I’m thinking about asking for an SD card or purchasable android app offering.

Researching good sources of myths online is like researching anything. It takes time and dedication, but I can give some tips. Look for:
Read more »
Labels: Library, M3

A night in a decent hotel with a spa and a buffet did wonders for recuperation. Natalie’s arm was still broken, but would be healed in a week, less if we could swing by the Great Lakes and meet up with Maddie and convince her to heal us. The others wouldn’t go for it, but I had been extra persuasive to Nat last night.
I went into the PI’s office. His secretary, a young woman with her light brown hair in a ponytail, smiled at us, then nodded for us to go back. Inside Matt’s office, we saw Kate standing next to Matt. Another woman stood to the side with a bundle of papers. A few years older than the one in the outer office, she looked a lot more confident than the secretary did.
Read more »
Labels: F3, Matt Allen, Storm Riders

In revamping my site, I went back through a lot of my old posts, particularly my flash fiction. It was quite interesting to see the evolution of my style and ideas. I can see the origins of ideas that have become fully realized concepts. I laugh at the early flashes of Reilly and Jack as Storm Riders. I cringe at my early concept of Peter Flynn as a complete criminal. And Sam, well, is still Sam. By the time I started the flash fiction, Matt’s voice was pretty realized.
Read more »
Labels: ramble, Writing

Apollo’s diversity is unique among the Greek gods. Aside from music, hunting, and prophecy, he is also one of the sun gods (Helios is the other, and actually is the sun). Apollo is attributed as both a causer and healer of diseases, thus giving him domain over medicine. Since he possessed the gift of prophecy, that lent him to becoming the patron of colonists, who sought his oracular insights to guide them in their colonies.
Read more »
Labels: Apollo, Greek, M3, Spotlight 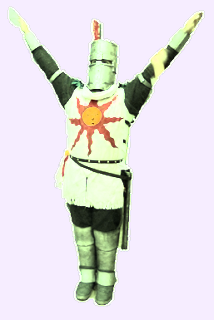 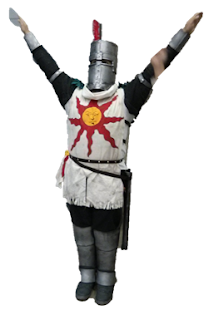 To all of my conference friends, I hope you enjoy this humorous, special edition of the Genesis Creation . . . Facebook style.

I had to send Jessie home at eleven; her parents had her on a curfew after one too many long research nights. They did it more to flex their muscles than because of what she was doing. They would rather she be out working for me than getting into trouble again, but they had to maintain their authority somehow. It was their last chance to do so as she would start college in the fall.
Jen, though, was a trooper, and, as I though, had managed to bribe the librarians into letting us stay. Kate was the only Storm Rider to stick with us. The others, hopefully, went to recover from their injuries. I was just glad not to have them nipping at my heels.
Read more »
Labels: F3, Matt Allen, Storm Riders

I’m heading, once again, to Connecticut for CTRWA’s Fiction Fest conference. This time around I am presenting two workshops, one on web design, and one on mythology. It promises to be very interesting.
Any news reports coming out of Connecticut should be viewed with a grain of salt. Also, I’ll have an alibi.

Out of all of Zeus’s divine children, Apollo is the one trying the hardest to be like his father. The birth of the world and what happened to his great grandfather and grandfather would have been well-known to him. It’s a matter of record and right that the son replace the father, and Apollo intends for that son to be him, despite the prophecy that it would be a son of Metis and not Leto.
Read more »
Labels: Apollo, Greek, M3, Spotlight